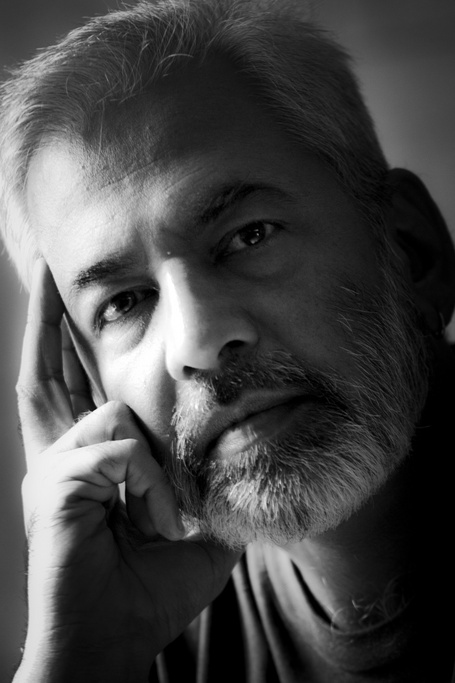 In the early years of his career, Dinesh sold Calculators in Chawri Bazaar; quality checked garments in a Faridabad factory and cleared tables as a Busboy in an Upper Eastside Bar in New York. He believes that these jobs were as good an education, if not better in some ways, than the Economics degree he got from Delhi University. This rather chequered career path was due to his teenage belief that if he followed in his Photographer Father's footsteps he would be yet another victim of the Indian caste system. This rebellion further led him to a 12 year long career as a Client Servicing Executive in Advertising where he finally achieved 'burn-out' at the ripe old age of 33 years and which left him with a burning desire to become a Professional Photographer.  So in 1990 he finally succumbed to what can probably be blamed on genetic coding - the desire to make images - both as a means of making a living and as a form of creative expression. The last 30 years have seen him involved in creating images for Advertising, Editorial and Corporate clients, specifically in the area of Food, Still-life, People and Interiors.

However, Dinesh continues to do personal work and that has been shown in both Solo and Group Exhibitions. Some of these are:

1.  “In my own World” shown at IIC, Delhi; NCPA, Mumbai; Oxford Gallery, Kolkata; Varanasi and Bangalore.

4.     ‘Where Three Dreams Cross’ 150 years of Photography from India, Pakistan and Bangladesh at Whitechapel Gallery, London and Fotomuseum, Switzerland.

7.     “Growing up in India” at Mondavi Center, University of California, USA.

8.     “Re-imaging the People of India” at India International Centre, New Delhi and in France.

10. “Images of Encounter” by Ekalokam Trust of Photography, India

11. “Indian Storytellers” at Under the Mango Tree, Berlin, Germany.

12. Group show by Wonderwall at the India Art Fair, Delhi

Besides these he has done 2 Pictorial Books - "Bazaar" (2001) and "Living Faith" (2004)- which were a result of over a decade of traveling through the traditional markets and religious centres of India through the Nineties. 30 years into the journey, Photography is not just a profession and a passion but his means of understanding and feeling the world and life around him.

His 3rd book, which had been commissioned by the Rashtrapati Bhawan and Sahapedia, is "Right of the Line - The President's Bodyguard" and its about all aspects of the life and duties of the oldest regiment of the Indian Army, ranging from the pomp and pageantry to the passion and camaraderie of the men and their horses. This was launched in Oct. 2015. Following the success of this, he was commissioned to work on "Life in Rashtrapati Bhawan" by them, which is his 4th Photo book and has been published in Dec. 2016.

Dinesh lives in Gurgaon, near Delhi, with wife, Rachana, who is an Advertising Executive turned Interior Designer and for the last dozen or so years a dedicated Kathak Dancer and Teacher. She is also the Publisher of the renowned Hindi literary magazine called “Hans” which was edited by her father, Shri Rajendra Yadav, and she has been bringing out since he passed away 5 years ago. They have 2 daughters, Myra, who is 25 years old and though she shares her mother's passion for dance and her father's passion for travel, has decided to become a Yoga Instructor. And Mahi, who is now 21 and had earlier decided to be an Artist, as in her wisdom she feels that photography is only a 'half-art', but has now decided that International Security is her true calling and is doing her Masters from Sciences Po, Paris.

Besides continuing to do commercial assignments for International Magazines, Advertising Agencies and Corporates, Dinesh is also currently working on 5 long-term personal Projects, and these are:

Dinesh is a Managing Trustee of Nazar Foundation, and one of the Co-founders of the Delhi Photo Festival and was also a Photography Curator for the first 2 editions of the Serendipity Arts Festival. He also teaches Photography in various institutions, and is a Director of the Dhrish Academy at the Museo Camera, and also conducts workshops. He is the Visual Consultant with Sahapedia and advises on the ‘Sahapedia Frames’ Grant for Cultural Photography.